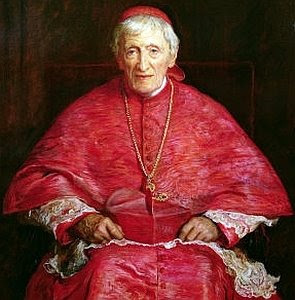 - The Jewish rites were to disappear; yet no one was bid forcibly to separate himself from what he had long used, lest he lost his sense of religion also. Much more will this hold good with forms such as ours, which so far from being abrogated by the Apostles, were introduced by them or their immediate successors; and which, besides the influence they exert over us from long usage, are, many of them, witnesses and types of precious gospel truths; nay, much more, possess a sacramental nature, and are adapted and reasonably accounted to convey a gift, even where they are not formally sacraments by Christ's institution.

- The fear of God is the beginning of wisdom; till you see Him to be a consuming fire, and approach Him with reverence and godly fear, as being sinners, you are not even in the sight of the strait gate. I do not wish you to be able to point to any particular time when you renounced the world (as it is called), and were converted; this is a deceit. Fear and love must go together; always fear, always love, to your dying day.

- Be our mind as heavenly as it may be, most loving, most holy, most zealous, most energetic, most peaceful, yet if we look off from Him for a moment, and look towards ourselves, ath once these excellent tempers fall into some extreme or mistake. Charity becomes over-easiness, holiness is tainted with spiritual pride, zeal degenerates into fierceness, activity eats up the spirit of prayer, hope is heightened into presumption. We cannot guide ourselves. God's revealed word is our sovereign rule of conduct.
Publicada por Miles à(s) segunda-feira, julho 06, 2009