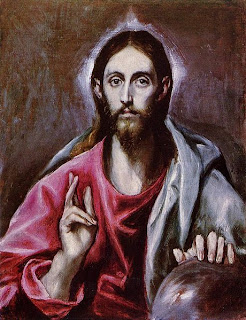 
«Fifty years ago today the Second Vatican Council began with a clear indication of who had gained control of the Catholic Church’s direction. From the Latin Mass to meatless Fridays to the concept of salvation, numerous components of the faith were set to be reformed, led mostly by clerical academics who had served on preparatory commissions. So powerful were they that Cardinal Alfredo Ottaviani, a conservative who headed what is now the Congregation for the Doctrine of the Faith (which the future Pope Benedict XVI would later lead), was vocally heckled and silenced by his participating colleagues.
As described to journalist Robert Moynihan by Monsignor Brunero Gherardini, who attended the council and lives at the Vatican, Cardinal Ottaviani was addressing the 2,000 assembled bishops in October 1962: “As he speaks, pleading for the bishops to consider the texts the curia has spent three years preparing, suddenly his microphone was shut off. He kept speaking, but no one could hear a word. Then, puzzled and flustered, he stopped speaking, in confusion. And the assembled fathers began to laugh, and then to cheer...” This was on day three.

It turns out, according to Monsignor Gherardini, that it was Cardinal Achille Lienart, a leading liberal from France serving on Vatican II’s board of presidency, who cut Cardinal Ottaviani’s microphone. Ottaviani would later author a major critique of the vernacular Mass that came out of the council, a plea to Pope Paul VI that fell on deaf ears.
Some of the reformist-oriented clergy participating in the Second Vatican Council would eventually rise through the ranks of the Catholic Church. Karol Wojtyla (the future John Paul II), who was a young archbishop in Cracow, was seen as the liberal counterweight to Cardinal Stefan Wyszynski, who was the conservative, yet popular, primate of Poland. Father Joseph Ratzinger (the future Benedict XVI), was the periti (theological expert) for Cardinal Joseph Frings of Cologne, writing the cardinal’s speeches for the council, including one calling Cardinal Ottaviani’s Vatican office too traditional and authoritative. Even though Raztinger had been ordained a priest over a decade ago, his attire throughout the Second Vatican Council was a secular business suit and necktie.
The results of holding a council during prosperity in order to modernize the institution quickly became disastrous. While countless priests, brothers and nuns quit, most Catholics stopped attending Mass and the remaining Catholics largely embraced dissent. Even Pope Paul VI, who led most of Vatican II, reflected 10 years after the council’s opening with an infamous observation that “from some fissure the smoke of Satan has entered the temple of God.”
Fast-forwarding, the Latin Mass has made a comeback, in part because of the rightward-drifting Pope Benedict. Cardinal Timothy Dolan, head of the church in the U.S., writes about restoring meatless Fridays and fasting. And the Society of Saint Pius X (SSPX), a traditionalist order of priests, has forced the Vatican to address the substance of the Second Vatican Council. Religious liberty and the Mass are at the heart of the talks, including whether the SSPX is permitted to simply ignore these pastoral (as compared to dogmatic) writings. Ecumenism, which was called “the enemy of the Immaculata” by Saint Maximilian Kolbe, a Franciscan priest killed in a Nazi concentration camp, is being weighed and discussed after 40 years of visits to mosques, temples and other non-Catholic houses of worship with little conversions as a result. To contrast, when Pope Pius XII negotiated with the chief rabbi of Rome, the rabbi converted to Catholicism and chose Pius’ name of Eugenio as he was christened.
Defenders of the Second Vatican Council from a center-right perspective have insisted that nearly all negative indicators of the Catholic Church have stemmed from the “spirit of the Council.” As seminaries continue to close (all but one remains in Ireland), parishes continue to merge and convents are redeveloped, a key question ought to be what tangible, positive results have occurred in those five decades. No one has been able to point to an actual statistical benefit of Vatican II and its 16 documents. Ironically, the only current growth in vocations is in religious orders such as the Priestly Fraternity of Saint Peter that reject the new Mass and most of the liberalizations of Vatican II.
Fifty years later, the greatest accomplishment that can be said for the Second Vatican Council is Pope John XXIII’s stated goal to “throw open the windows of the Church.” Yet from conversions to Mass attendance, it has produced nothing measurable in the upward direction. Perhaps traditionalist Catholics, led by the SSPX, are onto something when they call into question the council itself. Their solution is for the pope to simply erase all 16 Vatican II documents and restore the liturgy, teachings and discipline in place before the collapse of all that was considered good and holy in 1962.»
Kenneth J Wolfe

Catalonia is not Spain