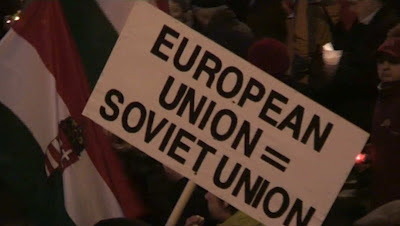 
Europe must return to Christianity before economic regeneration is possible, Prime Minister Viktor Orban of Hungary said at a conference last week. According to Orban, the growing economic crisis in Europe is one that originates in the spiritual, not the economic order. To solve this crisis, he proposed a renewal of culture and politics based on Christian values to save Europe from economic, moral and social collapse.

“An economic improvement is only possible for Europe and Hungary if souls and hearts rise, too,” Orban said at the XIV Congress of Catholics and Public Life on “Hope and the Christian response to the crisis.”

Behind every successful economy, Orban said, there is “some kind of spiritual driving force.”

“A Europe governed according to Christian values would regenerate.”

“The European crisis,” he said, “has not come by chance but by the carelessness and neglect of their responsibilities by leaders who have questioned precisely those Christian roots. That is the driving force that allowed European cohesion, family, work and credit. These values were the old continental economic power, thanks mainly to the development which in those days was done in accordance with [those] principles.”

Info Catolica, a Spanish language news site, quoted Orban saying that even the credit crisis has been driven by the abandonment of Christian principles. The Christian Church before the Reformation, he said, always opposed usury (the charging of exorbitant rates of interest on loans) - a practice that has led to massive, insoluble debt both at the national and individual, personal levels of families.

Orban, himself a Protestant, said it was the Protestant Reformation that first ushered in the age of usury and unfettered greed in which credit has been stripped of its moral dimension. Referring to the harsh “austerity measures” imposed by the EU on Greece and Italy, that have resulted in widespread unemployment and economic hardship, he said that political leaders have abandoned the “human aspects” of economics in efforts to contain the massive national debts accumulated by socialist governments over the last century.
Publicada por Miles à(s) quinta-feira, dezembro 20, 2012